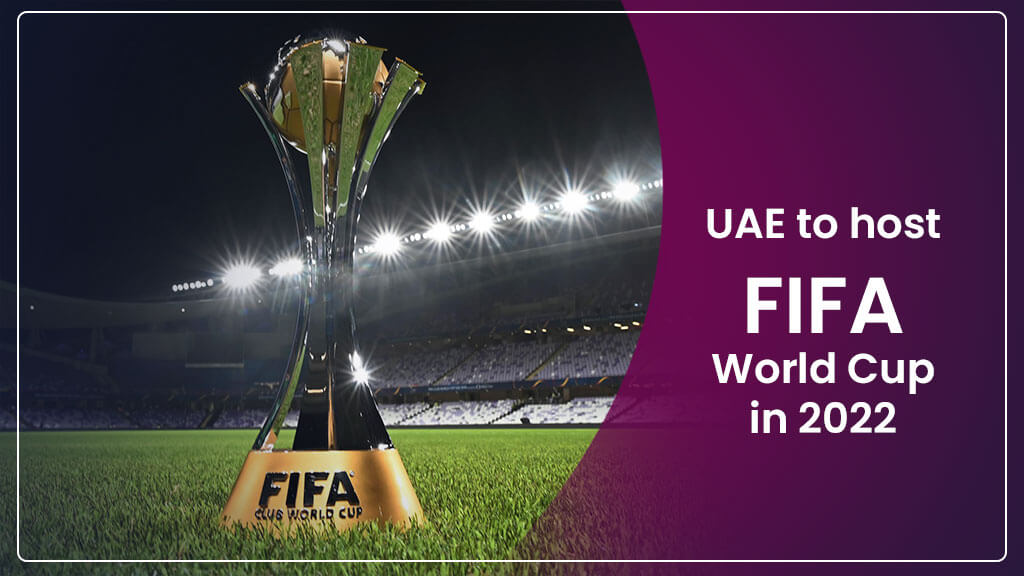 The United Arab Emirates (UAE) will host the next FIFA World Cup in 2022. The next Club World Cup is all set to take place in Qatar. The FIFA president Gianni Infantino made an announcement on Wednesday.

The latest edition of the tournament was featured by the champions of the six continental confederations along with the top team in the host nation. It was due to be played at the end of this year in Japan before it was pulled out as a host because of the Covid- 19 pandemic.

Related Article: 11 Best Places to Visit in the United States

At a press conference following a FIFA Council meeting, Infantino stated: “The Club World Cup will be played in early 2022. There are no precise dates yet, but the host will be the United Arab Emirates.”

Typically played in December, this is the second successive year in which it has been delayed. The 2020 edition in Qatar will be played in February this year.

Chelsea has been selected as representative of Europe after winning the last season’s UEFA Champions League, while Al Ahly of Egypt is also confirming itself as a participant.

Bayern Munich won the most recent edition of the FIFA Club World Cup, which has been held in the UAE on four previous occasions, most recently in 2018 when Real Madrid were the winners.

As a result of the pandemic, this particular deal follows the announcement that the AFC Asian Cup 2023 Qualifiers are to be played at centralized venues. The final round will be converted from the conventional home and away format to single round-robin ties.

The decision was made by the AFC Executive Committee, and they stated that they took into consideration the existing challenges caused by COVID-19, while ‘prioritizing the safety and wellbeing of all stakeholders in the lead-up to the finals of Asia’s premier men’s national team tournament.

Similar to the bidding process of all centralized AFC Competitions in 2021, the organization claims that requirements have been put in place to ensure adherence to the highest health and safety protocols and standards, such as; minimum travel and quarantine restrictions, the convenience of flight connections, the medical situation in the host country, sufficient venues and mandatory COVID-19 tests.

Qatar is holding the FIFA World Cup in 2022. Qatar is a peninsular Arab country which is for the very first holding FIFA World Cup this year. Being a hot terrain country, it comprises of arid desert and a long Persian Gulf shore of beaches and dunes. The capital of Qatar, i.e., Doha will be the hosting city for FIFA World Cup 2022. Known for its futuristic skyscrapers and other ultramodern architecture inspired by ancient Islamic designs, Qatar is the first UAE country to hold FIFA World Cup in 2022.

Qatar promoted their hosting of the tournament by showcasing the Arab world and representing it. It successfully drew support from across the member states of the Arab league. Qatar did not just display itself as the representative of the Arab world but also positioned its bid as an opportunity to bridge the gap between the Arab World and the West.

Q3) Which countries will be there in the FIFA World Cup 2022?