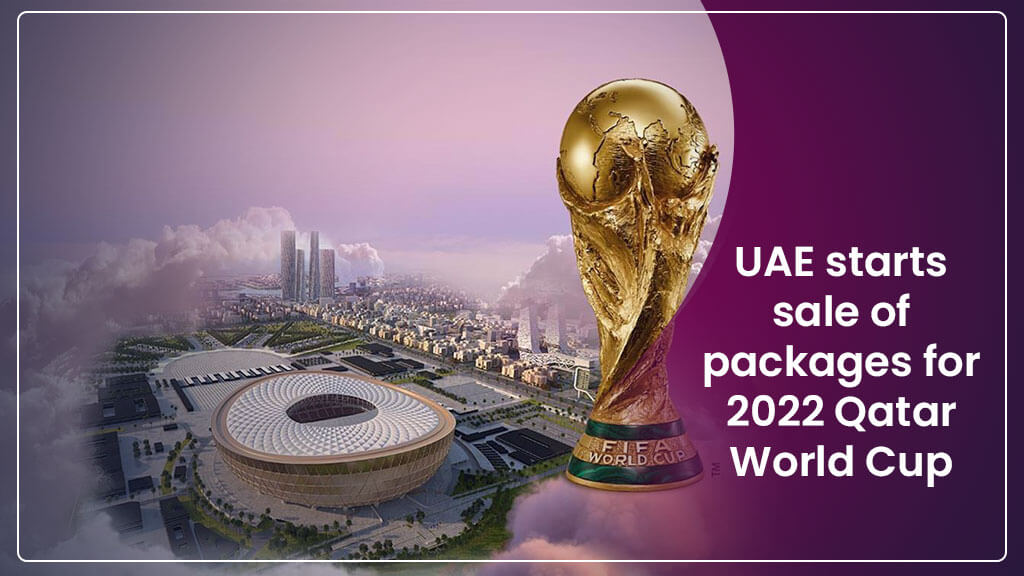 Residents of the UAE can prepare themselves for one of the sport’s greatest spectacles and book their favorable spot at the 2022 FIFA World Cup in Qatar.

DMCC, a Dubai based Expat Sport Tourism has been appointed as an exclusive sales agent of ‘Match Hospitality’ for the UAE to commence the sales of the World Cup official hospitality programmer. With the help of the Expat Sport Tourism DMCC, the sale of packages for the 2022 Qatar World Cup has witnessed a drastic uprise.

Football fans can pick from a huge range of packages that include the topmost ‘Pearl Lounge’ down to the true fan experience in the ‘Match Private Suite’, ‘Match Business Seat’ and ‘Match Pavilion’.

According to the brochure, it indicates that hospitality packages for all 10 matches are marked for the Lusail venue, including a quarter-final, a semi-final and the final, which is available at prices ranging from $14,350 in ‘Match Club’ to $74,200 in the ‘Pearl Lounge’.

In addition, next year’s tournament will be the last one to involve 32 teams, with an increase to 48 teams scheduled for the 2026 edition that is scheduled to be held in the United States, Mexico and Canada.

Being a peninsular Arab Country, Qatar’s climate has intense summer heat. Keeping the scorching heat in the account, the World Cup will be held in May, June or July. Since a regular FIFA World Cup has a customary time frame of 30 to 32 days but this one is played within a reduced time frame of around 28 days instead.

The sale of official hospitality packages for the World Cup got underway in the first week of this month, due to the visible early signs that demand promises to be strong, in spite of the Covid-19 pandemic.

Match Hospitality has tailored deals in order to watch the entire sporting spectacle whether it’s for a fan who is seeking a ticket or someone wanting a perfect blend of luxury, preferential access and pitch views the hospitality packages in order to fit one’s requirements.

Being the hosts, Qatar is the only team to have qualified for the competition so far with the final competition draw that is scheduled to take place in April following the conclusion of the qualifiers.

The world governing body of the sport confirmed the match schedule on July 15, 2020, with the opening match featuring hosts Qatar against one of the three other teams at 2pm UAE time in Group A at the Al Bayt Stadium on November 21.

During the group stage, four matches will be played on each day, with kick-off times being 2pm UAE, 5pm, 8pm and 11pm for the first two rounds, and 7pm and 11pm for the simultaneous kick-offs of the last round and for knockout stage matches.

Don’t wait any longer to purchase the tickets. The selling of FIFA World Cup tickets commenced from November 21, 2021, onwards. Before the ticket slots are fully booked, buy your tickets online without any more delay.

The packages vary according to the packages you select. For more details contact your travel agent or check the official FIFA website.

Q3) How much does a World Cup cost?

Costs of the tournament totaled $11.6 billion, making it the most expensive World Cup to date until surpassed by the 2018 FIFA World Cup which cost an estimated $14.2 billion. FIFA was expected to spend US$2 billion on staging the finals, with its greatest single expense being the US$576 million prize money pot.