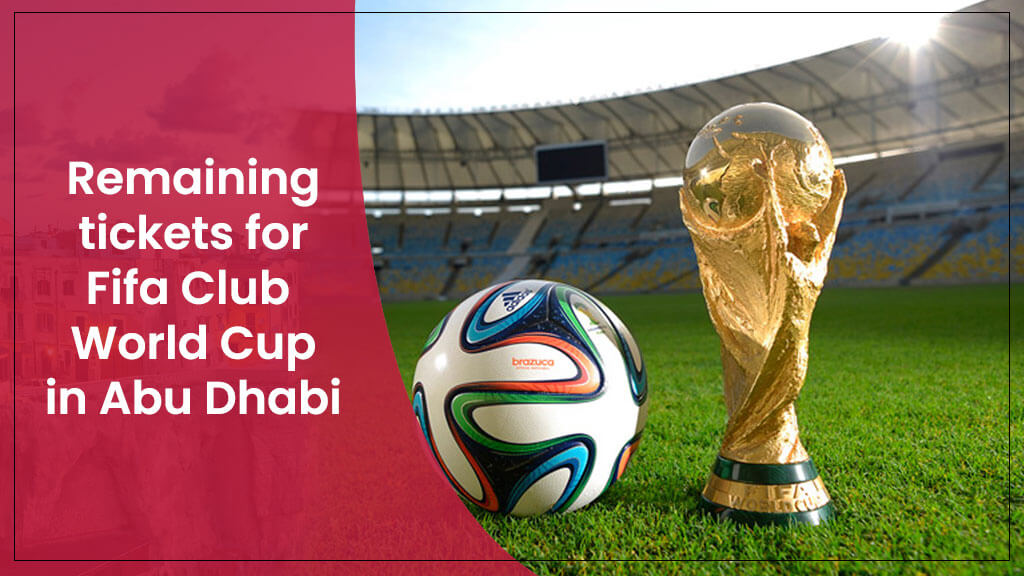 FIFA Cup World is all set to roll out, and the tickets for the event in Abu Dhabi have gone on general sale for the fans. Adding to it, the organizers have stated that there is a huge demand for the tickets. The statement came out during the Visa presale phase. The fans are trying hard to ensure their experience for the world cup matches. However, the tickets would be sold on a first-come, first served basis. If you want to learn more about the availability and updates about the tickets, reading below will definitely guide your way. Let’s find out!

Who Can Get the Tickets for FIFA Club World Cup UAE 2021?

The soccer fans in UAE and the VISA cardholders can now buy their tickets for the tournament. They can purchase the tickets through an exclusive presale. Earlier, the tickets for the February 3-12 were made available to fans and VISA cardholders. The matches will feature the seven teams including, CAAsian counterparts Al Hilal, European champions Chelsea, and UAE champions Al Jazira. It is the fifth time the capital is hosting the Club World Cup, and fans are really excited to get the first-hand experience of their favorite teams playing against each other.

UAE is going to host the event, and the matches are scheduled to take place in Mohamed bin Zayed Stadium and Al Nahyan Stadium. Besides, the tickets pricing will start from as low as Dh20. To get the tickets, you need to be the early bird before it sells out. Besides, you can use the link to keep an eye on the further updates and availability of tickets to ensure the match experience.

The Club World Cup 2021, which was originally supposed for Japan last month, kicks off on February 3 at the Mohamed bin Zayed Stadium. Jazira will take on AS Pirae, the nominee of the Oceania Football Confederation. On February 6, the winner will face Saudi Arabia’s Hilal in the second round.

On February 5, African champions Al Ahly will play against Monterrey, the winners of the 2021 Concacaf Champions League. Chelsea, the current Uefa Champions League champions, and Palmeiras, the Copa Libertadores winner in 2021, are both in the semi-finals. Their matches are on February 8 and 9, with the final on February 12 at the Mohamed bin Zayed Stadium. The final match ticket prices will range from Dh50 to Dh200.

What Are The Covid-19 Measures For The Ticket Holders?

The tournament will be held under rigorous Covid-19 guidelines, according to the organizers. Ticketholders must display their Green Pass on the Alhosn app to show their fully vaccinated status and negative PCR test results valid for no more than 48 hours to ensure entry to matches. Besides, some other guidelines issues for the travelers are stated in the below-given list:

How Many Times Has Abu Dhabi Hosted The Club World Cup?

The 2018 FIFA Club World Cup was the 15th edition of the FIFA Club World Cup, an international club football event organized by FIFA that featured the winners of the six continental confederations along with the league champions of the host nation.